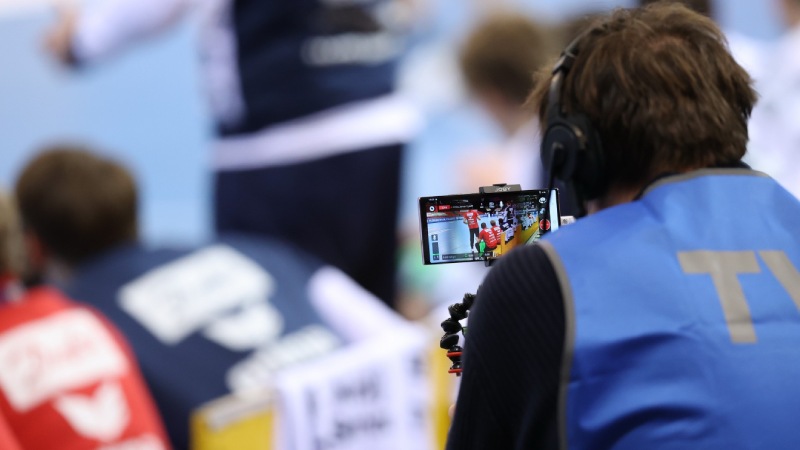 Alessandro Reitano, SVP Sports Production at Sky Deutschland, said: “Reinforcing our reputation as an early technology adopter, Sky successfully completed the first end-to-end 5G transmission in Europe on skysport.de. With LiveU’s latest IP transmission technology and the great support of netorium, we were able to produce a solid 5G stream of the handball game and to let our online audience become part of a dynamic and highly engaging viewing experience.”

The Sky video stream confirmed the effectiveness of LiveU Reliable Transport (LRT™) technology under real-life conditions, drawing on the insights gained by LiveU in pan-European 5G research projects. The live feeds were received via physical LiveU servers located in Sky’s mobile control room outside the arena. With each server providing four SDI output channels, the camera feeds could be fed into a hardware mixer and cut on the production site. LiveU’s IFB feature (Audio Connect) served as the audio backbone for smooth, two-way communication between the control room and the field.

Peter Frantz, CEO at netorium, added: “With this path-breaking project, we accomplished our mission to provide a best practice reference case for 5G streaming. Thanks to LiveU’s superior technology, the days when you needed to have an extensive and expensive tech setup to deliver a broadcast-quality stream are definitely a thing of the past.”

The live production in Flensburg was implemented in compliance with the current COVID-19 safety measures. Since no spectators were allowed inside the Flens-Arena, the Sky web stream played a crucial role in helping the competing sports clubs to maintain close relations with their supporters at this unusual time.