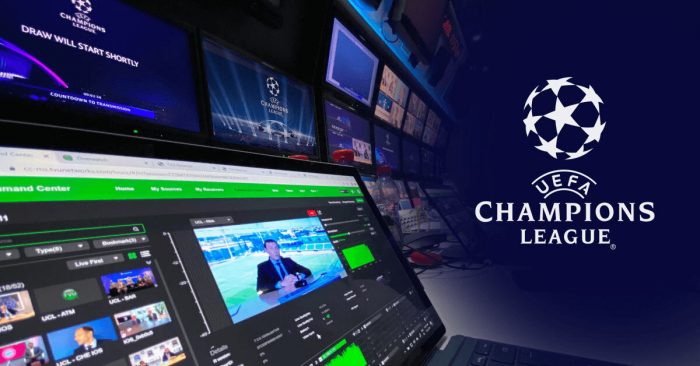 UEFA, the Union of European Football Associations, and the governing body of football in Europe, selected TVU Networks to deliver their remote video solution for the first-ever remotely produced 2020 UEFA Champions League and Europa League Final 8 Draw, as well as the 2020/2021 UEFA Champions’ League Group Stage Draw and awards ceremony.

The social distancing and travel restrictions of the COVID-19 pandemic meant that representatives of the participating teams were unable to physically attend the draws and ceremony hosted at UEFA headquarters near Geneva, Switzerland. Therefore UEFA appointed TVU Networks to provide a turnkey remote production solution, allowing some of the participating clubs to attend live from their respective home locations, as well as providing on-site technical and training support for the clubs and at UEFA headquarters.

Many of Europe’s top clubs, from across the continent, attended both draws, including eventual UEFA Champions League winners FC Bayern Munich, and Europa League winners Sevilla FC. To connect each location, the remote production set-up had to include: return audio feeds, mix minus feedback elimination for team member interviews, synchronized intercom communication for the camera operators at each site, and transmission with less than one second delay.

For the awards ceremony, TVU Networks delivered turnkey packages to some of the attending clubs at their home location. Each TVU production package included: a camera operator, technical and training support, TVU One mobile transmitters and the TVU Anywhere mobile broadcasting app for transmission redundancy. Live feeds from the remote locations were sent to Radio Télévision Suisse (RTS) studio in Geneva for final production and broadcast on the UEFA website and on other major sport channels throughout the world. 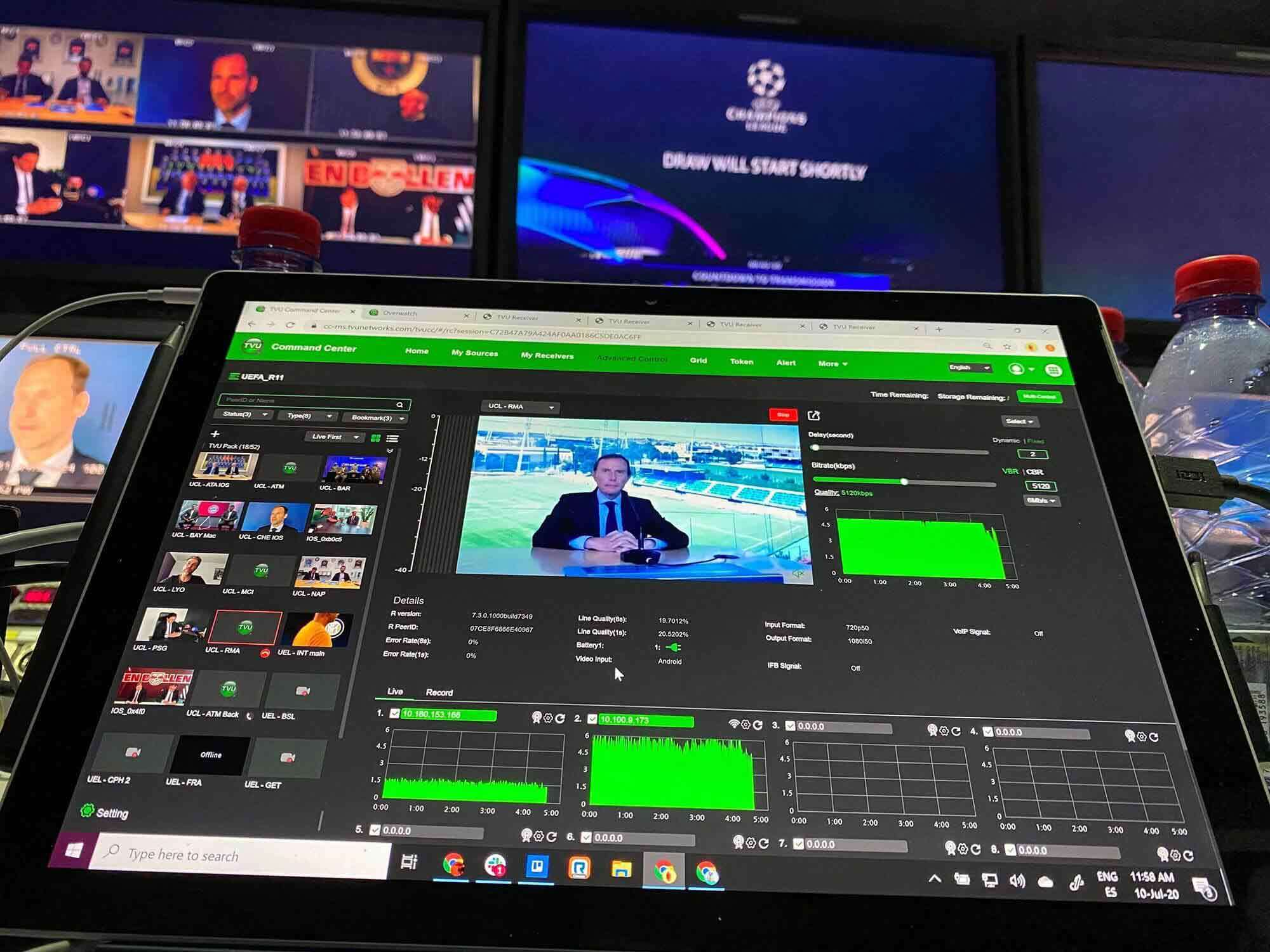 “We are thrilled with UEFA’s confidence in our remote production solution,” said Rafael Castillo, VP of Europe, TVU Networks. “UEFA has always been a technologically progressive organization with the highest standards. And their UEFA Champions League draws are prestigious live events with a huge worldwide audience. There’s no room for error. The success of both events was a solid affirmation of our remote production technology.”

The Champions League final match is one of the most watched sporting events in the world.