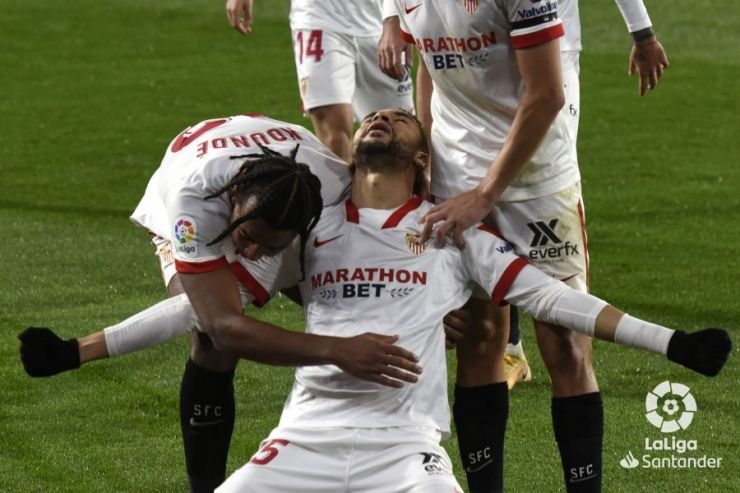 LaLiga fans can now get a closer and more personalised experience of player celebrations thanks to FanCam, which allows footballers to interact more closely with fans during matches.

While fans are unable to attend matches, they can still get a close-up view of players’ goal celebrations thanks to FanCam, a camera installed at both ends of the LaLiga Santander and LaLiga SmartBank grounds, clearly labelled so that players know exactly where to head and where to look when they want to celebrate in front of their fans.

With the introduction of the cameras, LaLiga is also seeking to reinvigorate the passionate aspect of player celebrations, which have been slightly muted at times due to the lack of fans in stadiums. It will allow a clear, fixed shot to be broadcast that fans can watch live and in full from their homes.

The initiative seeks to create a special bond between the players and fans and has already led to some unique and memorable goal celebrations from the last matchday.

The introduction of FanCam follows its successful use in sports broadcasts in the US. During its launch on LaLiga Santander Matchday 11, 62% of goals were celebrated in front of the FanCam and this figure is expected to rise to 100% over the coming matchdays.

“FanCam is another step towards improving and personalising our audiovisual product. We are going to give fans a much more personal and genuine view of the players, seeing up close how they celebrate their team’s goals,” explained Melcior Soler, director of LaLiga’s audiovisual department.

In addition to enjoying live televised images during the match, fans will be able to catch them on LaLiga’s social media channels, where videos of the matchday’s best goal celebrations will be shared each week. LaLiga will also share these images with the players and clubs so that they can use them on their own social media channels and in their other applications.

“We trust in the players to realise the importance of celebrating their goals in front of the FanCam, because this puts them in direct contact with their fans,” added Soler. “That’s why we’re so convinced that their use of the FanCam will increase, to the point that it is used all the time.”