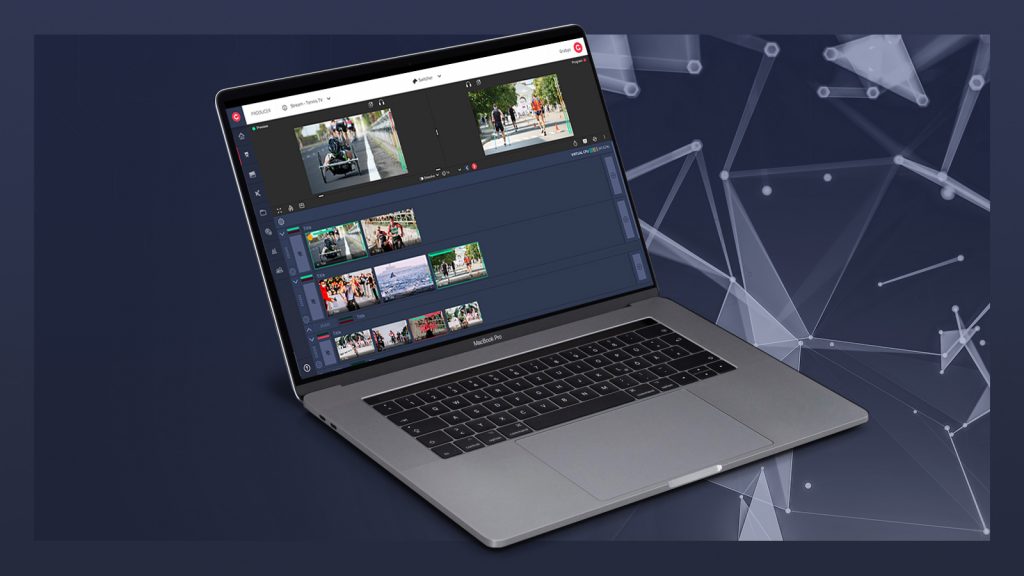 The World Triathlon Para Series, which offers a unique and inclusive global opportunity for athletes of all disabilities to perform at elite levels in this exciting and dynamic sport,  returned to Leeds, U.K. for the fifth time this June.

Using Grabyo’s live production platform, Grabyo Producer, Filmnova’s director mixed live feeds from each mobile camera, adding graphics and VOD assets from around the course. Being cut remotely and situated off-site from the race venue, the equipment required was minimal and lightweight, mainly laptops with an internet connection along with additional tablets for viewing purposes on site.

To bring viewers as close to the race as possible, Filmnova needed to ensure it offered a variety of angles and perspectives on the race to replicate the live atmosphere.Three Timeline cameras were free to move around the course, feeding race footage into Grabyo. The last camera followed the presenter, Rob Walker, who conducted interviews and hosted guests throughout the day.Filmnova’s producer used Grabyo’s multiviewer to monitor each feed for quality and to decide when and where to switch, whilst the director operated Grabyo’s vision mixer, graphic tools and new audio mixer made the cuts.

The production team had a total of six live microphones available at any one time. Three handhelds were linked back via the presenter camera, with the remaining three cameras sending back their natural sound utilising top mics. Audio was mixed using a dedicated interface within Grabyo Producer, enabling producers to precisely mix the gain, pan, fade and levels of audio in a browser tab, instead of a on-site mixing deck.

Graphics, supplied by Moov, were loaded into Grabyo Producer before the broadcast went live, allowing for the director to author graphics for the race in real-time.

“Grabyo allowed us to have an incredible amount of flexibility throughout race day. Working with Grabyo Cloud-based products meant that we could simplify our workflows, keep our team small but still deliver a quality output for viewers.”

The broadcast was multicast to the BBC Sport website and TriathlonLive.tv.

For more information on how Grabyo can help to bolster your digital content capabilities, get in touch.