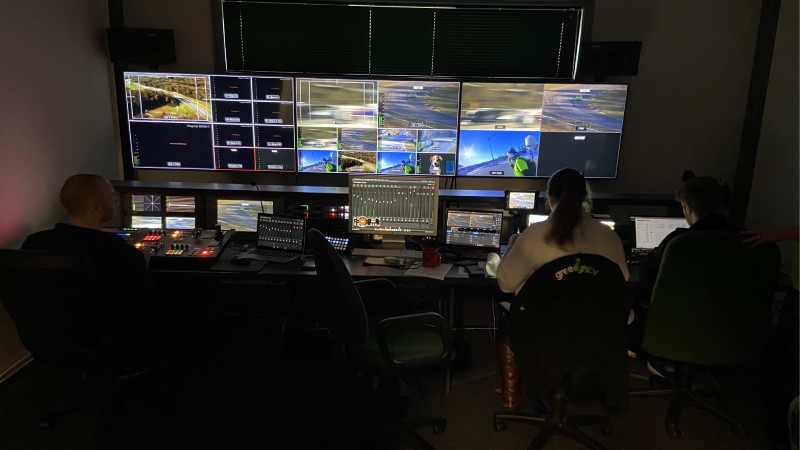 CP Communications, a leader in innovative solutions and services for live event productions, has joined forces with Greenlight Television, highly experienced producers of sports and documentaries to demonstrate the value of remote production models for sports and live events. Greenlight produced and live-streamed the USA-based muscle car racing championship, the Trans Am Series, for fans worldwide — embracing IP and bonded cellular systems from CP Communications — to reduce local costs and limit infrastructure while keeping a small crew safe and healthy. 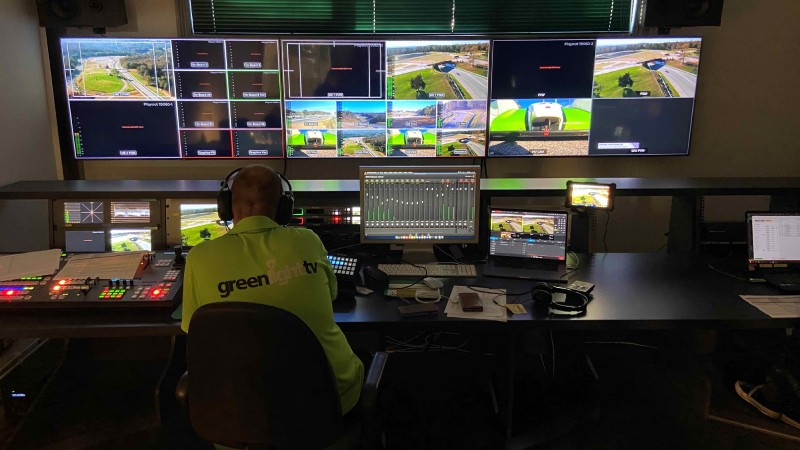 Greenlight Television is no stranger to innovations in live sports production. They were the first company to provide helicopter coverage for the Isle of Man Tourist Trophy motorcycle races in 1996, and the first to produce live HD coverage of the Royal Automobile Club’s Tourist Trophy from Silverstone in 2008. In late 2019, Greenlight were challenged by the Trans Am Series to develop a quality live stream without the costs of an Outside Broadcast Truck, and architected a creative solution that limited costs without sacrificing quality. As the pandemic changed the live sports production model, Greenlight Television found a like-minded partner in CP, and one that had the appropriate remote production knowledge, infrastructure and experience.

“We do a lot of live streamed events for clients with a range of budgets, and simply cabling cameras to optimize redundancy can quickly escalate costs, let alone using a full production truck,” said Lauren Roberts, Director, Greenlight Television. “We made the commitment to invest in bonded cell technology and CP Communications were instrumental in helping us implement that new technology. The success of the live On Board Camera systems deserve a special mention and CP’s assistance in developing them was invaluable.” 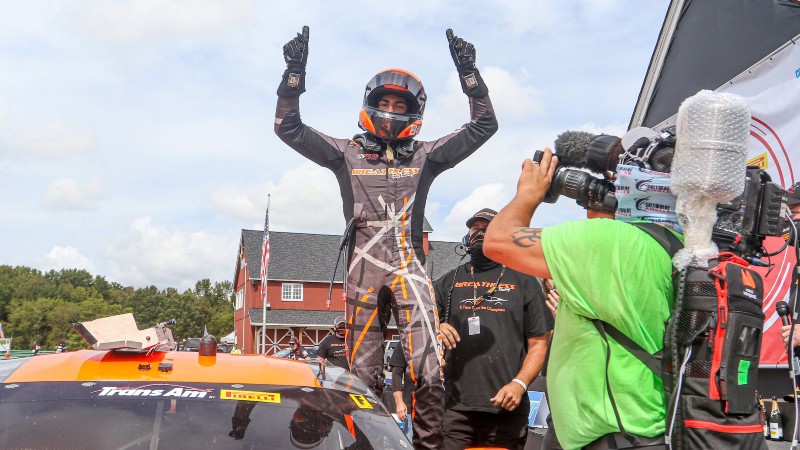 Leveraging 12 MVP Agile Airlink encoders for six in-car systems, four fixed camera positions, a roaming pit and podium camera and a drone, the small local crew captured the fast-paced action live in HD. All content was delivered to Greenlight’s remote production studio on the Isle of Man in the Irish Sea, with CP Communications providing real-time production support from its distributed network operations center (NOC). The live cut feed was sent back to the commentators at the track, and then streamed back to the Isle of Man. Voice and graphics were then added to the final live stream, all with a latency of only 1.6 seconds.

CP Communications CEO Kurt Heitmann emphasizes how the company’s increased reliance on IP and bonded cellular systems, along with the now-proven viability of their remote production model, has forever changed the cost and labor structure for sports and live event production.

“The traditional production approach for this kind of event would require a mobile production truck, an RF unit, and a seemingly endless amount of fiber, technicians and production equipment onsite,” said Heitmann. “Working with partners like Greenlight who embrace the REMI model substantially reduces costs. The new generation of live event television is here and it delivers cost-effective acquisition with remote management, and the ability to make the entire content chain far more efficient.”

From its Isle of Man production studio, Greenlight live-streamed the race, driver interviews and other content direct to consumers over multiple platforms (including Facebook and YouTube) using Vimeo’s Livestream Studio 6 platform. Greenlight used a Unity intercom system to communicate with on-location crew and engineers at CP’s Canadian NOC, where the Airlink servers were controlled using MVP’s LinkMatrix management portal.

“From Nova Scotia we consistently optimized all Airlink encoding and multiplexing settings based on local conditions, assisted with stream routing, and provided continuity checks as Airlinks came online for each race,” said Allen Harris, Lead IP and Bonded Cellular Technologist for CP Communications. “The NOC reduced the workload in Greenlight’s control room, removing any concerns about backhauling signals so that they could concentrate on producing great content.”

Roberts emphasized that the end-to-end production workflow and technical infrastructure helped them substantially reduce headcount compared to the “traditional way” they produce events. “We typically have a large crew for these kinds of events, and reduced that number to 10 for the Trans Am Series,” she said. “That’s a massive reduction in labor costs, and a far more efficient process for setup and breakdown. We admit to being nervous about the implementation of our idea, but CP helped us every step of the way. We’re delighted with the results and excited for the future.”