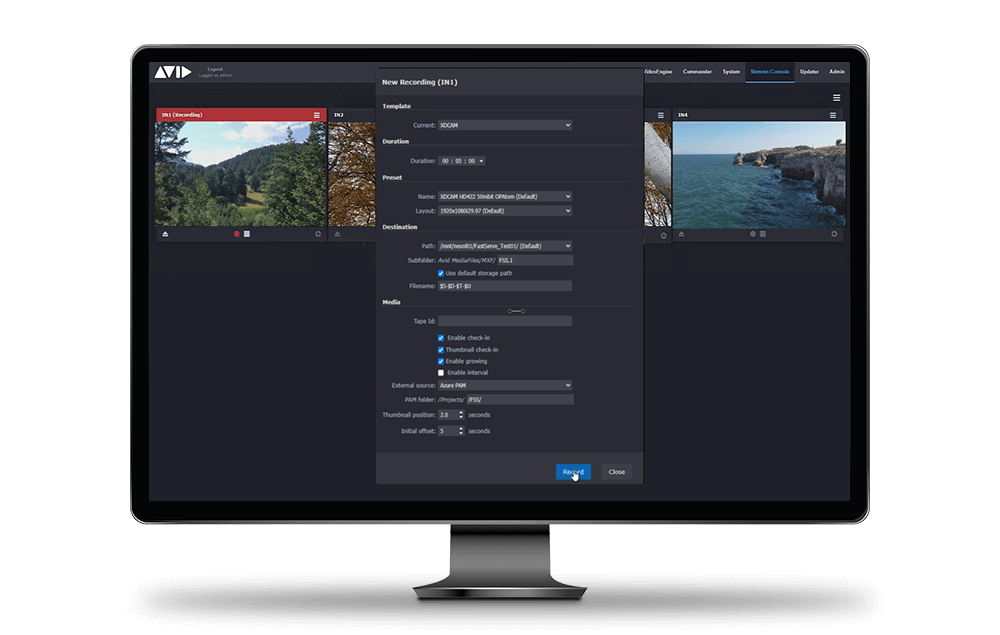 Avid® today announced the introduction and immediate availability of MediaCentral | Stream, an agnostic and software-only solution that enables the ingest of incoming IP streams for television news and remote live TV production scenarios in both on-premises and cloud-based production workflows.

Supporting IP contribution from anywhere and from any device – including cameras, encoders and mobile devices – MediaCentral | Stream unlocks the power of IP for production applications running on the MediaCentral platform.

With more media companies adopting IP for contribution using mobile networks and standard internet to reduce costs, MediaCentral | Stream enables simple, secure and reliable contribution from multiple incoming IP streams, including Haivision and LiveU, into the MediaCentral platform for fast content turnaround. Users can preview incoming streams, record them in production friendly formats and edit media while the recording is ongoing. With support for the two most common IP stream protocols, RTMP and SRT, users get access to a flexible and scalable architecture regardless of where the production is deployed.

MediaCentral | Stream dramatically simplifies the processes involved in remote IP contribution, while reducing operational expenses, shortening time-to-air for breaking news and helping to grow audiences. Content delivered via compressed IP streams can be used just like any other content ingested into Avid production environments, such as via SDI recordings or file-based ingest. This avoids disruption to well-established workflows and makes it easier for media received via IP streams to be previewed and edited within the MediaCentral platform and in Media Composer and other production tools.

Users can produce content for remote events faster and more efficiently, so they can be shared on digital channels quicker. Teams can receive streams from remote senders in a variety of formats and have them available in the production system as quickly as possible. This lets them produce stories and highlights for digital distribution and linear broadcast even while the recording is ongoing, all safe in the knowledge that security is assured through end-to-end encryption and secure authentication processes.