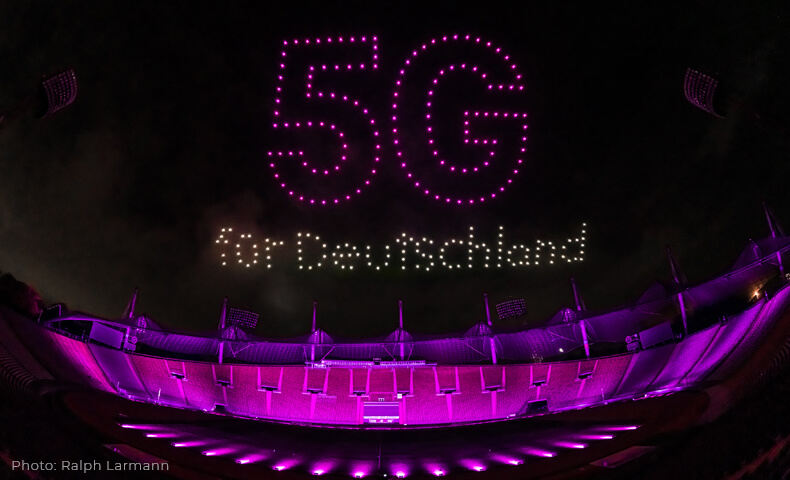 AO Drones’ highly agile, elite fleet of drones lit up the sky above Munich’s Olympic Park in October to mark the launch of Deutsche Telekom’s 5G network in the city.

The GPS-guided, 300-strong swarm of drones performed a meticulously programmed night-sky performance, creating Deutsche Telekom’s logos and messages in the brand colours of white and magenta for the video cameras below. This perfectly complemented the rich colours of the stadium underneath, which was lit for the celebration with 100 LED fixtures by AO Creative. 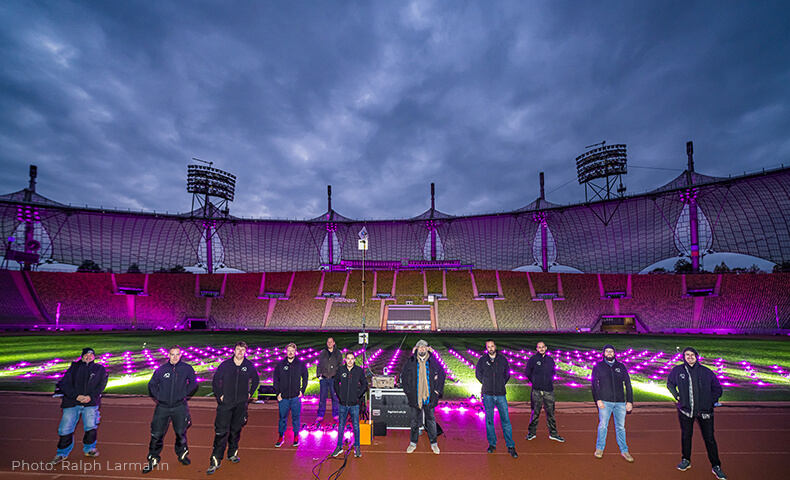 The show, conducted without an audience due to COVID-19 restrictions and conceived as a spectacular, social media-ready film shoot, was developed in close consultation with DO IT! and Deutsche Telekom. It included not only the illumination of the stadium itself, but the introduction of the carefully choreographed aerial light show that served as the main act.

“From the go-ahead to show time was only about three weeks in total,” says Timm Klopp. “But thanks to the great working relationship we have with DO IT!, the process was extremely smooth. Achieving a project like this in such a relatively short time is only possible with a great client, and outstanding teamwork.” 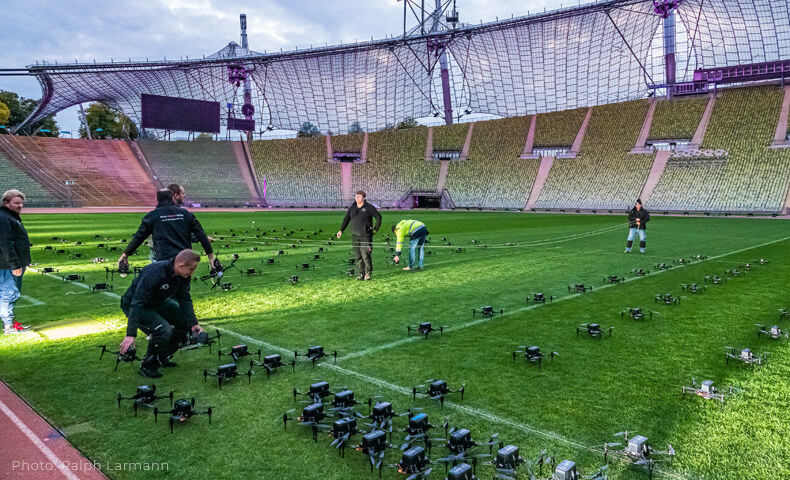 Key to the success of the project was the advanced, integrated hardware and software system behind the drone fleet. Developed in the USA by Verge Aero specifically to meet the demanding requirements of live entertainment production, the system includes powerful programming and editing capabilities which allow last-minute changes and adjustments to be dealt with quickly, reliably and safely.

“This quality was essential on this project,” Klopp continues. “Sometimes the film crew asked for certain adjustments to help them get the perfect shots, perhaps an alteration to improve a viewing angle, for example. But there were also some major changes to the content of the visuals. The Verge Aero system is designed for exactly this kind of work, we were able to meet the client’s needs at every step.” 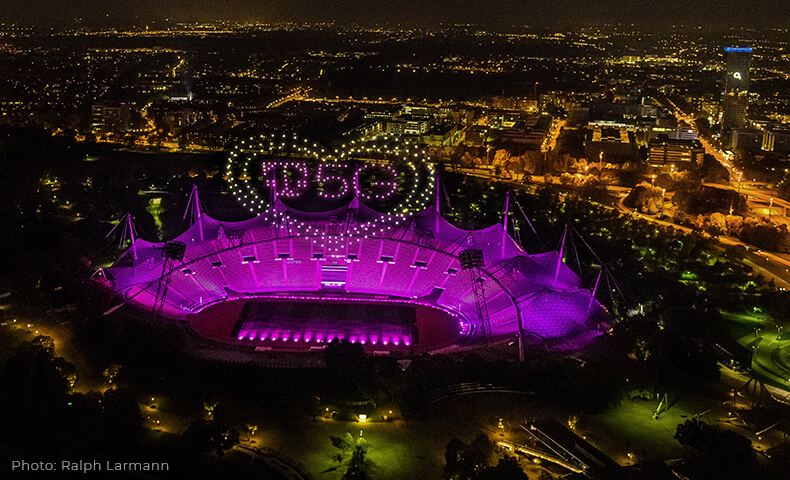 Naturally, the production team had to operate within today’s enhanced COVID-19 safety procedures, including strict control over site access, the use of protective equipment and personal distancing. To manage these efficiently, the AO Creative team included a dedicated manager, trained in all the measures necessary to ensure the safety of the on-site crew.

The resulting show was strikingly effective, with Telekom’s beautifully-shot video generating high levels of interest and engagement among its social media audience. The project was a clear demonstration not only of the variety of aerial imagery that it is possible to create with the drone system, but also of the flexibility of the control system and the faultless precision and reliability of the drones themselves.

Marco Niedermeier says, “We have partnered many times with DO IT! on major projects, and we are very happy to work once again with this incredibly collaborative creative team, and to show what our drone fleet is capable of. And, of course, we are proud and delighted to have the opportunity to deliver a project of this calibre in such difficult times.”