With the forthcoming rollout of 5G networks across many European countries, TV2 in Denmark anticipates considerable advantages for its newsgathering operations, particularly on multi-camera shoots.

Morten Brandstrup, TV2’s head of news technology, told Videstream that 5G is seen as the professional version of 4G. The distinct advantage of the new system is its ‘network slicing’ which enables operators to carve networks into ‘virtual’ slices, each slice isolated from the others, offering different users a variety of bandwidths, latencies and download speeds depending on individual needs. From latency of 20 or 30 milliseconds on the current networks, it will drop on the 5G networks to perhaps two or three milliseconds.

Morten said this low latency and guaranteed quality of service will have an impact on major stories covered by TV2. He said, “When we have big events such as musical festivals, today we have to use other technologies such as dedicated fibre connections rather than the 4G that we use on a daily basis. But with 5G we’ll only need to use that technology.” For multi-camera sports events, the impact of 5G networks will be dramatic. Morten said no longer will OB sat trucks be required on site; using remote control, the signals from the cameras on the 5G network will be transmitted back to base from the sports arena and received directly in the gallery.

“It will be a big change,” said Morten. “It’s the multi-camera events that will benefit most from 5G.”

For newsgathering, the most significant technological advance Morten has witnessed over the past few years has been the advent of 4G networks. He said, “Now, 95% of all the live shots we do ourselves – either nationally or internationally – is via 4G bonded technology.”

The hardware TV2 chose is from Aviwest. Morten explained that the company opted for the French company’s products because they preferred a camera-mounted solution, rather than a backpack solution which other companies offered. Morten explained, “We were pretty sure we didn’t want a backpack because we travel quite a lot and in an airplane it can be a problem to carry an additional backpack.”

Despite virtually all live shots being transmitted via 4G, TV2 still has a need for SNG trucks. This is because at major events the 4G networks can become congested. Morten said, “We need to have the trucks as a back-up right now but once 5G is here with its guaranteed quality of service, we won’t need them at all.”

With rapid technological changes taking place in the field, major transformations are also happening in the newsroom. For TV2, the major challenge is to adapt its workflow to how news is distributed and consumed. Morten said, “Everything used to be planned around the 7pm news bulletin and so everything was related to that bulletin’s rundown. But now when you shoot a story you will immediately distribute it on Twitter, on your website and on social media, so that there’ve been big changes in the way we work. We need to replace the current system. This is the biggest challenge for us and it will be so for the next couple of years.” 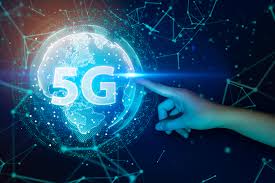 The arrival of 5G marks a sea-change for the broadcast world, especially for companies like NEP that serve the live and remote production industries. “It’s… Read more »